Although the 200Tdi engine had been an undoubted technological and sales success, it had certain limitations and flaws that needed to be rectified. Despite the numerous differences, it was still in essence a direct-injection version of the older Diesel Turbo engine. It was also considered rather raucous and unrefined, especially for use in the Discovery and Range Rover models. A special version of the engine had to be produced to fit the Defender, and problems with weak head gasket had been identified. The British Army (and some other military buyers) had not opted for the 200Tdi because it could not be fitted with a 24-volt generator for powering radio equipment- instead the Army continued to buy vehicles with 2.5-litre naturally aspirated diesels. Upcoming European diesel emissions regulations (Euro I) meant that Land Rover would be forced to radically alter the engine anyway. The resulting development project (coded Romulus) produced the 300Tdi engine. Although externally very similar to the Discovery/Range Rover version of its predecessor, 208 changes were made. These included modifications to the block, cylinder head, fuel injector system and ancillary systems. The crankshaft, pistons and connecting rods were significantly altered over the 200Tdi. The most obvious external changes were the fitting of a rubber acoustic cover over the engine to reduce noise and the change to a single serpentine belt to drive the ancillaries instead of the multiple V-belts of the older engines. Emissions regulation included the fitting of an exhaust gas recirculation system. Power and torque outputs remained the same, and the engine had been specifically designed to be compatible with all the models in the Land Rover range without any changes. This meant that the Defender engines were fitted in the same tune as the Discovery/Range Rover engines. The 300Tdi was noticeably smoother and quieter than the 200Tdi, but was generally found to not be quite as economical in real-world use. It turned out that the Euro I emissions regulations were not as severe as Land Rover anticipated, and so the 300Tdi was able to remain in production until the introduction of the Euro III rules. When fitted to vehicles with an automatic transmission, power was increased to 122 horsepower to make up for the power losses in the transmission. These engines (designated 23L) had Bosch Electronic Diesel Control systems, where the mechanical injector system was controlled by a drive-by-wire electronic throttle to reduce emissions. The 300Tdi was replaced in 1998 by the 5-cylinder Td5, bringing to an end the line of Land Rover 4-cylinder engines that can be traced back to 1957. The Td5 engine was loosely based on the Rover Group’s L-series diesel engine. The 300Tdi remained in production in Brazil, and was offered as an option on rest of world (non-UK/Europe) models. Following Ford’s acquisition of Land Rover in 2000, the engine was used in Brazilian-built Ford pick-up trucks as well. Increasing emissions laws worldwide and falling sales led to production of the 300Tdi ending in 2006. A much-modified 2.8-litre version was built by International Engines in Brazil until 2010, and was available as an after-market fitment to Land Rovers through specialist converters. International then became MWM International Motores and a further update of the 300Tdi design was launched as the 3.0 Power Stroke. Although based around the same block and basic architecture as the 300Tdi the Power Stroke has major differences such as electronic common rail injection and new crossflow cylinder head with Overhead camshaft.

So we can offer a more personalised service we’ve decided to offer individual sites like this one filled with information specifically aimed at certain models, in this case the Land Rover Defender Engines.

Browse our forums and engine lists or read more about our reconditioning processes and fitting procedures.

We recondition all Land Rover Defender Engines and offer worldwide delivery. We also offer collection and fitting throughout Europe. For more information please get in touch.
A41 Higher Heath, Whitchurch, SY13 2HX
+44 (0)1948 805003 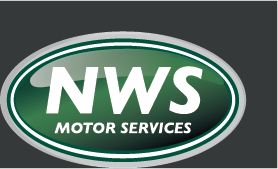